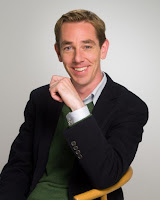 The Walker Books Group is delighted to announce the world-rights acquisition of a captivating picture book about President John F. Kennedy’s return to his ancestral home in Ireland in 1963.

When President John F. Kennedy returned to Ireland in 1963 and visited his ancestral home, Dunganstown, he described the trip as the best four days of his life. For a generation of people of Ireland it was a visit with lasting impact, and many homes still display their JFK memorabilia with pride. In this warmly told, big-hearted picture book, Ryan captures the feverish excitement in the build-up to JFK’s visit and the emotional investment from both parties – all evoked through the eyes of a young boy called Patrick who wants to know, more than anything, what it would feel like to shake the President’s hand.

Firmly rooted in historical fact, this feast of a book offers readers a very pure, and personal, take on JFK’s visit to County Wexford. P.J Lynch’s masterful watercolour paintings are brimming over with the style and sensibility of 1960’s Ireland and bring vividly to life the character of Patrick, his family, his school mates and, of course, this charismatic world leader – President John F. Kennedy.

“John F. Kennedy’s visit in 1963 was such a significant moment in Ireland’s history and culture,” says Deirdre McDermott, Walker Books picture book publisher. “It struck a deep emotional chord with many Irish people. It feels to us that this story – Patrick’s story – was one that Ryan was always meant to tell. And this era – these characters, these lives – were always meant to be painted by P.J. We are very proud to be publishing Patrick and the President and we are equally proud to welcome Ryan onto our list, especially as he has long since promoted and encouraged children, of all ages, to be engaged with books.”

“What a labour of love!” adds Maria Tunney, Senior Picture Book Editor. “Ryan perfectly embodies the hopes, the spirit and the ambitions of a nation in the character of young Patrick.”

About writing Patrick and the President, Ryan Tubridy says: “It has always been a dream of mine to write a book for children, so this is a magical moment for me. The fact that P.J. Lynch is illustrating the story makes it even more special. The story of JFK's visit to Ireland is profound and colourful and even more so through the eyes of my new fictional friend, Patrick, who gets caught up in the excitement of the event. The sight of a child reading a book is one of the most gratifying of them all. If children can enjoy this postcard from the past and maybe want to learn more about Irish history, I think we’ll have achieved something.”

On illustrating Patrick and the President, P.J. says, “President John F. Kennedy has always held a special place in the hearts and imaginations of the Irish people. I first encountered his handsome profile on a silver half dollar, brought from America by a visiting cousin; I was a little boy then and I knew nothing about his extraordinary life and career. However, I knew he was special, and I knew that he belonged to us, as well as to the people of America. It has been a great pleasure for me to work on Ryan’s story, and to help recreate the magic of those few days when President Kennedy visited Ireland and made a little boy’s dream came true."

Ryan Tubridy is an award-winning radio and television broadcaster with Ireland’s RTÉ. He currently presents a weekday morning chat show, The Ryan Tubridy Show on RTÉ Radio 1 and is also the host of The Late Late Show, Ireland's most popular TV show and the world's longest running chat show on RTÉ One. In 2011, Ryan began working with BBC Radio 2 and since then he has covered for Graham Norton, Ken Bruce, Chris Evans’ Breakfast Show and Simon Mayo’s Drivetime Show. More recently, Tubridy has embarked on a career as a writer with his debut title JFK in Ireland, a profile of US President John F. Kennedy’s 1963 visit to Ireland, publishing in 2011 and his second title, The Irish Are Coming released in 2013. Aside from broadcasting and writing, Tubridy is intensely passionate about US politics. Having spent 18 months researching President Kennedy's historic visit to Ireland in 1963, Ryan worked on a documentary for RTÉ One – a behind the scenes at this era-defining visit. In 2011, he acted as Master of Ceremonies at the welcoming event for Barack and Michelle Obama. Ryan lives in Dublin with his family.

P.J. Lynch has won many awards throughout his incredible career, including the Mother Goose Award, the Christopher Medal in the US three times, the Irish Bisto Book of the Year award and the prestigious Kate Greenaway Medal on two occasions, first for The Christmas Miracle of Jonathan Toomey by Susan Wojciechowski, and again for When Jessie Came Across the Sea by Amy Hest. His meticulous research brings impeccable detail to the many books he has illustrated, including such titles as A Christmas Carol by Charles Dickens, Mysterious Traveller by Mal Peet and Elspeth Graham and The Boy Who Fell Off the Mayflower, or John Howland’s Good Fortune – the first book that P.J. has both written and illustrated. Most recently, he created the artwork for Once Upon A Place, Irish Children’s Laureate Eoin Colfer’s anthology of stories and poems. P.J. has been commissioned to design posters for Opera Ireland and the Abbey Theatre, as well as designing stamps for An Post. He lives in Dublin with his wife and their three children.